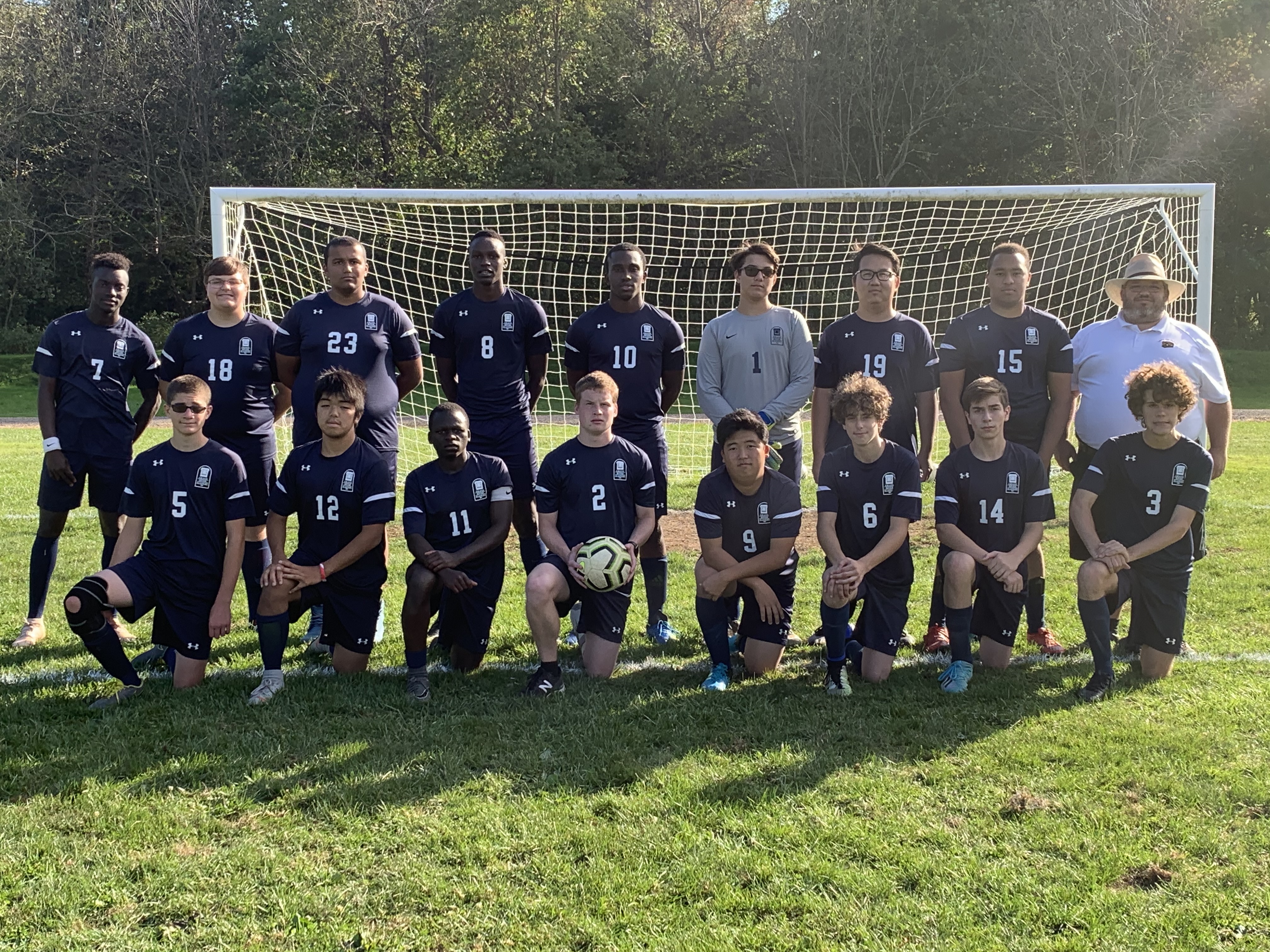 Grand River Academy defeated Hearts for Jesus Christ 2-1 in the Lake Effect Conference Soccer Championship at SPIRE! The Eagles, 11-1 (7-0 LEC), came into the match as the top seed, defeating the Lawrence School 10-0 in the semifinal while the third-seeded Guardians upset First Baptist Christian 4-0 to earn their spot.

GRA struck early, with the first goal coming from Ricky Okeyo ‘23 as he chipped the Hearts goalkeeper from a pass from Derrick Able ‘20 in the sixth minute. About five minutes later, Okeyo collected a pass from Alex Goodyear ‘23 to put the Eagles up 2-0. From there, the Eagles defence, led by Babacar Ngom ‘20, Abdullah Al Hadhood ‘20, Yoshi Otani ‘21, and goalkeeper Nick Jacob ‘22, held the Guardians for most of the match. The third seed finally got on the board with about five minutes to go, but the Eagles battled for the final whistle, earning the first conference soccer championship in school history.

“The team have had this goal since day one. To see them come together as a team and play at this level, I could not be more proud of each one of these young men,” Coach Frank Shreve said. “A number of these guys have been together at GRA for three or four years. It just shows the rewards that can come when a group comes together with a common goal.”