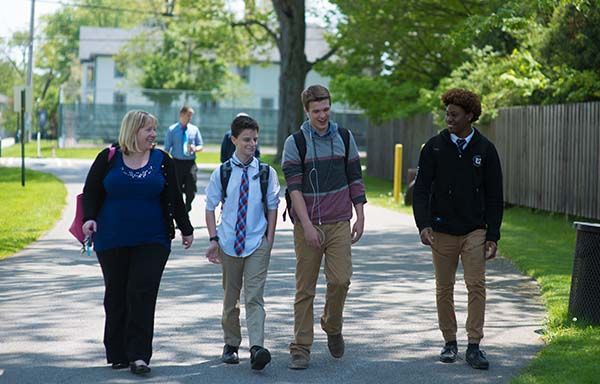 The first in a series as part of ADHD Awareness month this October. This post serves as an overview. Future posts will take a deeper look at natural treatments for ADHD, parenting a child with ADHD, and succeeding in school. Stay tuned to continue learning.

By nature, boys are an active and rowdy bunch. You may find yourself dismissing your son's erratic behavior as childhood antics. But how can you tell if his behavior is the result of ADHD?

ADHD, or attention deficit hyperactivity disorder, is commonly found in children and can continue through adolescence and adulthood. While symptoms lessen with age, the National Institute of Medical Health suggests an early diagnosis can help your son work through his challenges with adequate treatment and support.(1)

Children with ADHD show signs of either inattention, hyperactivity, or impulsivity on a consistent and severe basis. These children find difficulty staying focused, paying attention, and controlling their behavior. While ADHD is not viewed as a learning difference, the Learning Disabilities Association of America reports that 30-50% of children with ADHD also have a learning difference.(2) Learning in a traditional setting becomes challenging at this point.

In the most common type of ADHD, children display inattentive, hyperactive, and impulsive behavior. However, not every diagnosis of ADHD is identified as this combined type. According to Doctors have also identified children who only show hyperactive and impulsive behavior, but are capable for holding attention. Children who are simply inattentive (previously labeled as ADD) may or may not be not be identified with ADHD because they aren't hyperactive or causing disruptions.(3)

It's unclear what causes ADHD, but scientists are looking at the following as possible causes, depending on the individual.

No test that can diagnose a child with ADHD, as ADHD symptoms vary from child to child. A licensed medical professional should review your son's behavioral and medical history records and conduct necessary assessments before delivering a diagnosis, according to WebMD. (7)

It can be overwhelming if your child is diagnosed with ADHD. With the right support, your child can thrive. At Grand River Academy, students are empowered through alternative learning strategies to reach their full potential. The Foundations Learning Program provides comprehensive support to any student with a learning challenge, including ADHD.