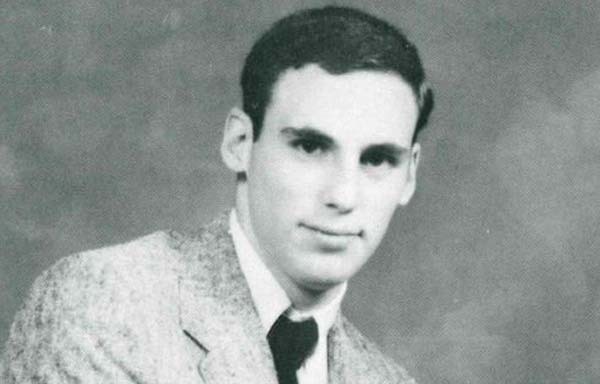 Allen Fritz enrolled in GRA as a freshman in 1984. During his high school years, Allen earned varsity letters in the Drama Club and in Varsity Wrestling. While a wrestler, Allen served as a team co-captain and won a wrestling medal during the 1987 GRA sponsored tournament.

Allen chose GRA due to its structure, academic discipline, dedicated teachers and consistent record of college/ university acceptance for 100% of its graduating class. Academically, Allen began at GRA near the bottom of his class, but within four years, Allen rose to the very top of his graduating class. At his graduation, he gave one of the commencement speeches and was awarded the George E. Armington Memorial Plaque for "best personifying the goals and objectives of Grand River Academy."

Following graduation, Allen was busy furthering both his education and his career. While earning a Bachelor's of Science from Heidelberg University (1992) and a Master's of Business from Cleveland State University (1997), Allen enlisted in the U.S. Army Early Commissioning Program to become an U.S. Army Officer. He is also a graduate of the U.S. Army's Field Artillery School, Infantry Advanced Course, and the U.S. Army Command and General Staff College. Allen was commissioned as a U.S. Army Second Lieutenant from Valley Forge Military College, just two weeks after his 20th birthday. He has served in the U.S. Army (Active and Reserve) for more than 25 years and is now a Lieutenant Colonel (LTC), currently assigned to the 75th Training Command, U.S. Army Reserve.

During his most recent military assignment, LTC Fritz led a team of U.S. Soldiers to mentor and advise a coalition of Western African nations that are conducting United Nations peacekeeping operations Mali. LTC Fritz was also one of the planning officers for this mission and in charge of developing the operations of a key training cell. Part of his duties required him to attend two planning events in Ghana and coordinate operations with several different US and multinational organizations. While on assignment, LTC Fritz was personally invited to the US Embassy in Ghana to discuss the mission with the U.S. Ambassador.

Allen's civilian career has been spent in sales and marketing with a focus on industry and aerospace. He has successfully grown business in both domestic and international markets. His most notable achievement was the closing of a five year, multi-million dollar purchasing agreement with a major aerospace manufacturer. This was the largest single order ever booked at Allen's company and made an earlier corporate acquisition profitable for the first time.

Allen is married to Hui-Chun (Amy), who teaches Mandarin Chinese at Cuyahoga Community College and has two children, Allison (13) and Jamison (6), both of whom attend Old Trail School in Bath, Ohio. Allen is also involved in a number of activities that are mainly focused on the well-being of American service members and furthering childhood education.

If you would like more information or to RSVP for the 2017 Bud Field Hall of Excellence Luncheon & Ceremony, please contact David Thomas '11 Assistant Director of Advancement & Alumni Relations at 440-275-2811 ext. 246 or david.thomas@grandriver.org.