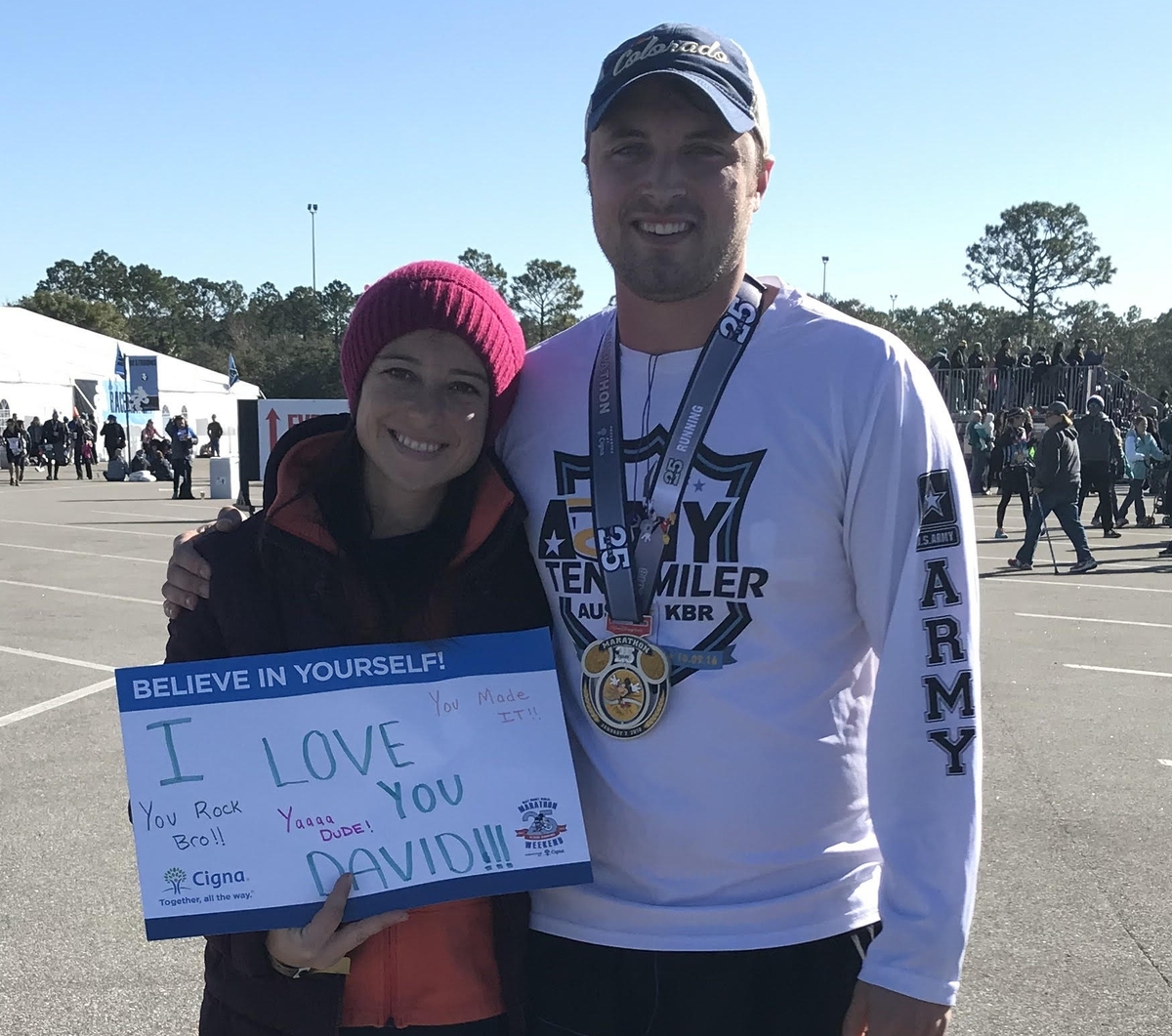 Alumni Spotlight, David Peck '09
David Thomas '11
Jul 25 2018 9:22 AM
Success comes in many forms, as seen with this week's Alumni Spotlight, David Peck '09.
After graduating from GRA in 2009, David went on to study Exercise and Sports Science at the University of Utah. He soon realized that college wasn't the right fit and enlisted in the United States Army. From there he joined the infantry and went through jump school to become a paratrooper. David deployed to Iraq in 2011 and mostly operated in the Baghdad area. After his return from deployment he attended Ranger School and then was put on orders to serve in Anchorage, Alaska. David spent the next and last 3 years of his enlistment in Alaska and now working towards earning his fixed wing pilot ratings and hopefully flying soon as a professional pilot.
David lives in Gainesville, Florida with his wife of four years, Kayla. There he has enjoyed taking up marathon running, is an avid fixed wing flyer, and also enjoys equestrian riding with his wife. David and Kayla met while at military leadership school in Fort Bragg as Kayla was a combat medic. They have two horses, Shaq and Sterling, two dogs, Kenai and Jack, and a cat named Queenie. While the couple doesn't have children, they're warming up to growing their family!
When asked for some of his fondest memories of his time at GRA, David shared, "Some of the most fun I had at GRA was playing Frisbee Golf with Mr. Balash and the rest of the hooligans that played with us, guys like Shwan Yawer and Trey Jones. I also had a blast wrestling for Coach Riddell, the team was great and we ended up having a decent season in 08-09."
David's advice for current students includes, "Just know that you do not have to have life figured out as soon as you graduate. Find your way and become your own man. I was not initially ready for college, and I believe joining the military made me a better man than I would have been otherwise. I am not saying to join the military, but I am saying to ensure that whatever you do, make sure you are happy doing it and you are constantly learning and trying to better yourself."
If you would like to get in touch with David, fellow GRA alumni, or be featured on David's Desk, please reach out at david.thomas@grandriver.org. I'm looking forward to hearing from you!
Powered by Finalsite