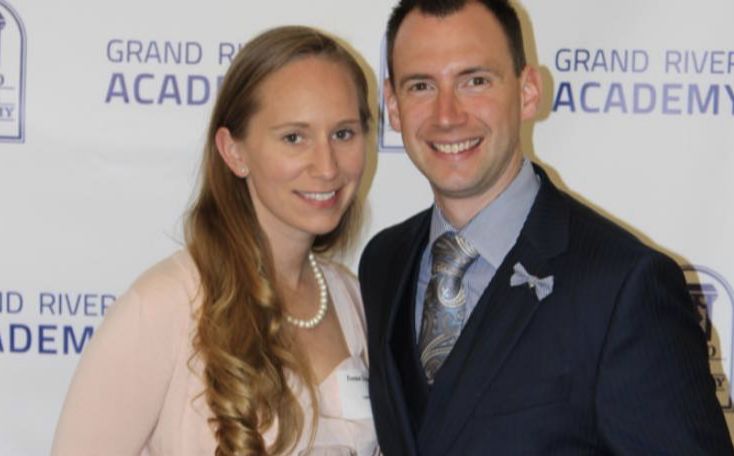 High school plays an important role in the development of every student. It is during the high school years where young men and women begin to discover their passions, develop study habits, and create lasting memories with cherished friends. As a young man from Akron, Ohio, Bill Jordan '05 was faced with a decision of where to attend high school and decided upon one with a prestigious reputation. Like most rising freshmen, Bill was eager to find a high school where he could thrive. A school that would challenge him in the classroom; that would provide the opportunities he needed for personal growth; and that would allow him to pursue his interests in all areas of life. However, Bill quickly realized that the high school he had chosen was not that school.

After a couple less than ideal years of high school, the Jordan family decided it was time for a change. Feeling disenchanted about his education and skeptical about his future, Bill was unconvinced that switching schools would have any effect on his academic performance. Nevertheless, Bill made the move to Grand River Academy. Struggling to see his own potential, Bill was understandably doubtful and even a little puzzled when his advisor, Mr. Josh Hartz, told him he'd make the Honor Roll on his first day of school. It was a message that conveyed complete confidence in Bill. It was a belief that he would be successful from an adult other than his parents, something Bill was unaccustomed to.

"The teachers at Grand River Academy feel like a community that is going to do whatever they need to do to make a kid successful," Bill enthusiastically remarked. "For me, it was just the fact that people believed in me. That belief led to a belief in myself and then pressure on myself to not let the people who believed in me down."

Bill went on to make the Honor Roll in his first term and again several more times during his years at GRA. Feeling confident and reenergized, Bill took full advantage of the opportunities available at Grand River Academy. He joined the cross-country and baseball teams, became the student manager of the basketball team, and developed into a respected leader amongst his peers. Bill had found that school he was looking for. One in which he was able to explore his interests as he transitioned into a young man excited by the possibilities ahead.

Graduating from Grand River Academy with a newly found sense of confidence, Bill first enrolled at Hobart College where he spent the first semester of his college career. While he finished as the fastest runner on the team during the cross-country season, Bill decided a change in venue for his success was needed and decided to transfer to Hiram College. During his time at Hiram, Bill was a member of the cross-country team, wrote for the student newspaper and several online blogs and worked for almost every sports team in Northeast Ohio. After graduating from Hiram, Bill entered the working world wide-eyed and optimistic about his future. Always good with words, Bill accepted a sales position with a medical supplies company, EdgePark, now owned by Cardinal Health. A decade later, Bill has continued to thrive at Cardinal, holding seven different positions during his tenure including his current role as a manager, overseeing multiple sales teams.

Through hard work and dedication, Bill has continuously advanced his career. His commitment to performing his best, a trait he developed while attending GRA, undoubtedly contributed to his rapid rise with Cardinal Health. However, Bill found himself wanting to pursue another passion, writing. Bill always dreamed of writing a book. It was a dream that, if you asked his wife, Bill could talk about for an eternity. After years of dreaming and amidst his chaotic work schedule, active lifestyle, and commitment to spending time with his wife and their six pets, Bill found a way to embark on his dream. One page a day. That was his goal. To write one page a day until he had finished his book. Through the ups and downs of everyday life, Bill stayed true to this goal, and on May 11, 2018, Second Chance at Love was published.

High school plays an important role in the development of every student. Finding the right environment with positive adult role models, opportunities to explore new passions, and peers that encourage productive lifestyle habits throughout high school contribute to a teenager's ability to find success later on in life. Luckily for Bill, he found that environment at Grand River Academy. His advisor believed in his ability to excel in the classroom. He had the opportunity to take English electives that exposed him to the literary world. He was surrounded by peers that all wanted to find their passion, pursue a college degree, and make a difference in the world. These experiences Bill had at Grand River Academy made a lasting impact, contributing to his resilience, his work ethic, and his dream of writing a book.